During the siege of Delhi, went out under fire on two occasions to assist in the rescue of 137 Hills-Johnes who was under heavy attack 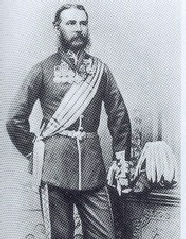