Place Of Death   In a hospital in Ottawa, Ontario, Canada

Before the war he was a welder and car mechanic 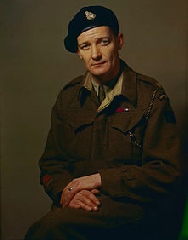