Portrait by LW Desanges (1861), painted after his death with his sister Freda sitting for Desanges

During the siege of Delhi he carried out numerous acts of gallantry over a period of four months and was wounded three times, before being killed in a last act of valour on 18th September 1857 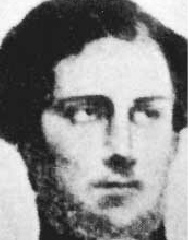