VC Presented   20 February 1919 posted to the Colonial Office for presentation to his father, George

News of his Brothers death led him in to taking more risks than normal, it was said he was on a mission of revenge 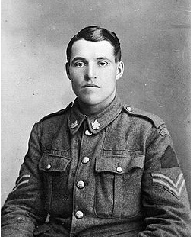