Place Of Death   Near Wytschaete, Belgium

VC Presented   17 May 1919 by King George V at Buckingham Palace, London, England to his mother, Catherine

The Kings Own Scottish Borderers, one of the Scottish Regiments who wear Tartan Trews 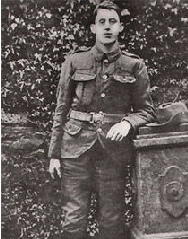