Place Of Death   Near Solesmes, France

It was thought that his VC medal was lost in the fire at Clandon House, Surrey, but the VC's on show were replicas, the real ones in a safe place 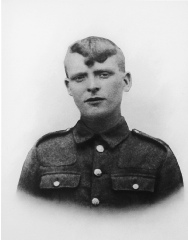