Place Of Death   At his home, Epping, Lidcombe, NSW, Australia

Gifted to the Imperial War Museum by his widow, Mrs Evelyn Cartwright on the 12 May 1978, it had been his wish that his VC be returned to the country of his birth and never be separated from his other medals or ever be returned to Australia 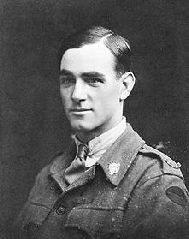