In 1933, he became a member of the Corps of Gentlemen-at-Arms. 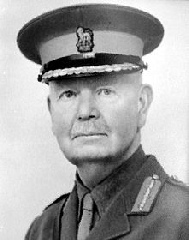