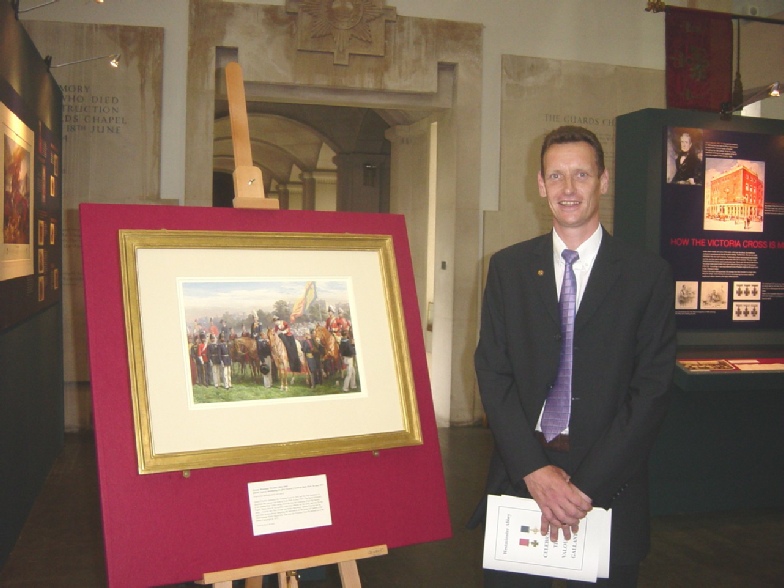 From an early age I always had a keen interest in military history and one of my earliest memories was watching the film ‘Zulu’, little was I to know at the time how those involved in the real Defence of Rorke’s Drift would return to play a big part in my research work.

My work first began back in 1995 when, having watched another re-run of ‘Zulu’, I found myself wondering what happened to those who took part in the real Defence and so the journey began. With very little material I went in search of the grave of Surgeon Major James Henry Reynolds VC, my very first field trip took me to the completely wrong part of the country and valuable lessons were learnt. A second trip to Kensal Green main Cemetery also proved fruitless but I was in the right area, finally, on my third trip I found the headstone in Kensal Green Roman Catholic Cemetery.

In 1999, with my wedding looming I decided to break from the norm and have a cultured stag weekend visiting the graves of Rorke’s Drift VC Defenders in and around mid Wales, staying overnight in Brecon home of the South Wales Borderers (formerly the 24th Foot), who played such a large part in the Defence. A small group of friends and family soon caught the bug and upon our return the project began.

Our initial aim was to record all graves of VC recipients, within a short period of time we took the decision to include memorials as they seemed not be so well recorded. Safeguarding the memories of these brave individuals and being able to share our work was paramount.

Living in a different part of the country to the other members made it difficult to attend the many field trips that followed but the collective work continued and within a short period of time the collection had grown.

On a field trip to Scotland, part of the team met up with the late David Harvey, author of ‘Monuments to Courage’. David had already spent many years putting together a concise collection of VC material and had a profound influence on our work since. His words of encouragement and to carry our project forward will forever be remembered.

Two A4 box files grew to sixty plus and eventually we decided that a website was the next step; this would allow us to share our collection with all that were interested.

In the years that have past, since our work began, I can look back with many fond and moving memories of people and places that I have been so fortunate to both meet and visit. It was a great honour to meet, on several occasions, Lt. Col. Eric Wilson VC. Eric would often talk about those who fought with him and he always felt that his VC was for them. This belief, in the many records I have read is repeated by so many recipients and maybe that is why they were all so special. I remember leaving Eric one day and thinking that our work on the VC wasn’t just a way of remembering those who received the award but all those that fought, died or survived for our country in so many conflicts.

Born in Selly Oak, Birmingham in 1967, I moved to Surrey at the age 20, followed by two years in Hampshire, two years in Norfolk and finally settling in Somerset with my wife and three children.

Steve Lee at the Guard’s Chapel