He became good friends with Winston Churchill, whilst at Harrow School 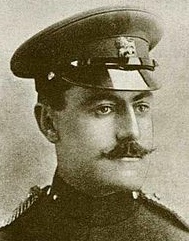