The battle at Maiwand, was were Sherlock Holmes’s, Dr Watson got his wound that brought him back to London 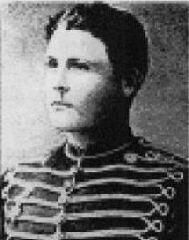