Secretary of State Stanley approved award of VC on 22 August, Queen Victoria received the recommendation and approved it on the 23 August, gazetted the same day and presented with VC on the 24 August 1879

Date of death shown on headstone as 1906 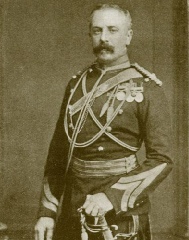