He is commemorated in his native Brighton with his name on the front of a bus. 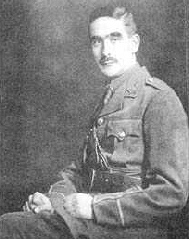