He was awarded his decoration for three separate acts ; first for linking trenches with a large working party, secondly, doing similar work whilst under heavy fire and thirdly, creeping up to the Redan and discovering it had been evacuated. On the way back to report he rescued a wounded man 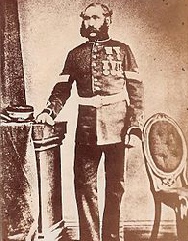