After an explosion on the Navy cutter HMS Arrogant left it helpless and drifting towards the Russians on the shore, Dowell, with the assistance of 90 Ingouville, managed to tow the ship out of range of the shore batteries. All the while under heavy fire 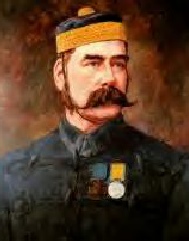