In the aftermath of an assault on Sebastopol, Raby along with 76 Curtis and 86 Taylor, left the safety of the trench to rescue a soldier who had been shot through both legs and carry him to safety whilst under continuous heavy fire 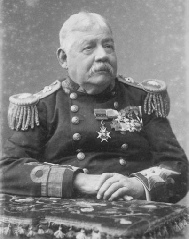