Place Of Death   In a sanatorium at Kingston-upon-Hull, Humberside, England 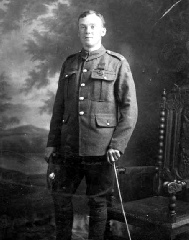