Place Of Death   At his home, Fencairn, Broomfield, near Carrickmacross, Co. Monaghan, Ireland

Before joining up he was a jockey in Ireland 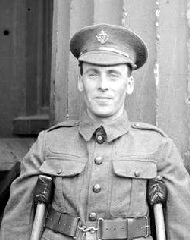