He was a Postman and is commemorated in his old sorting office in Hockley, Birmingham 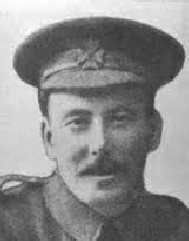