After the war he was the landlord of the Parkhead Inn, Egremont, for 40 years 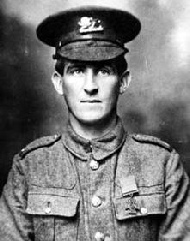