Place Of Death   On board Hospital Ship 'Euralia' off Gallipoli, Turkey

During his VC action he was morally wounded when one of the three grenades he had lit, prematurely exploded 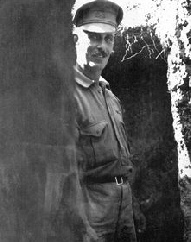