Headstone   Named on the Arras Memorial to the Missing (CWGC)   Plot/Grave no. Grave unlocated 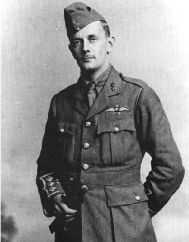 Thank you to Kevin Brazier for the photos of the stone and brick memorial, Ligny Thilloy, Pas-de-Calais, France