He died in 1918 from influenza, or the Spanish flu 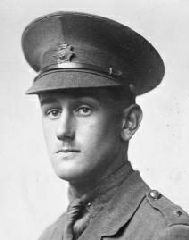