Place Of Death   Near Poelcappelle, Belgium 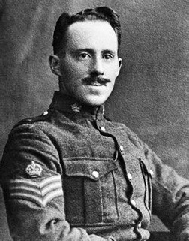