Place Of Death   In a hospital, London, England

Charles Foss was born in Japan, his father being the Bishop of Osaka 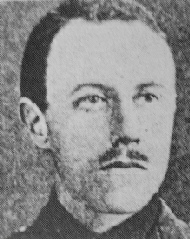