A memorial did exist at St Andrews church, Tokyo, Japan, but was destroyed in the Second World War 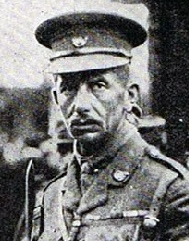