Place Of Death   In a field hospital at Berrsheba, Palestine (now Israel)

One of 3 winners of the Victoria Cross to come from the small township of Euroa, the others being 641 Alexander Burton and 642 Frederick Tubb 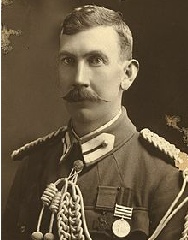