P  Named on Victoria Cross memorial, in the Garden of Remembrance, Southport, Lancashire

A nickname for the Kings Liverpool Regiment is “the leather hats” 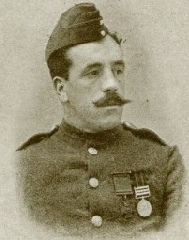