Queen's Dragoon Guards Museum held what was believed to be Anderson's VC for many years, it was a copy, they eventually obtained the original 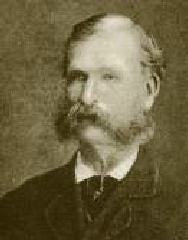