Buried in the Slevin family plot, headstone erected with his name 2009 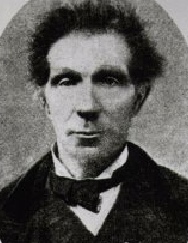 Thank you to Oliver Breen for the photos of the headstone