When he died in 1914 it was only three days after the first, VC 1 Lucas died 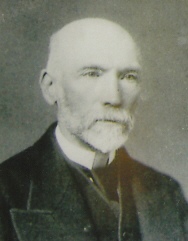