The VC was bought by the museum from Sotherbys for a then record price of £1,700 in January 1969 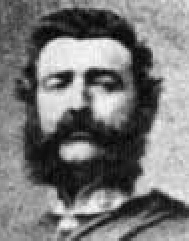