One of the first VC recipients to be cremated, 151st person to be cremated in the UK, ashes removed 14 February 1891 by Mr Dingley of Dingley & Sons Funeral Directors, Half Moon Street, Sherborne, Dorset on the instruction of Rear-Admiral Bogle

Whilst serving with Havelock’s column, in the attack on Oonao, he led his men into a heavily fortified house under heavy fire. Taking the position but was severely wounded in this action 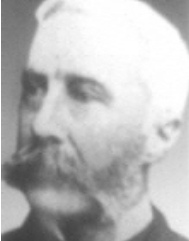