VC Presented   1 April 1967 by the Governor-General of Australia, Lord Casey in Australia to his twelve year son, George and wife, Edna

He was buried 20 November 1965 in Saigon, South Vietnam, body later returned to Australia with funds raised by a group of nine businessmen 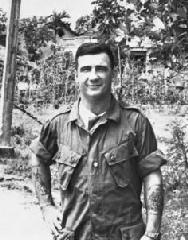