Place Of Death   at his home, Carnamah, Western Australia 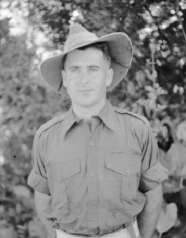