His Victoria Cross was donated to the Regiment on 28 May 1956 at the close of the Household Brigade War Memorial dedication ceremony, presented by his mother, Edith and father Albert to Lieutenant-Colonel Commanding the Irish Guards, Colonel PFI Reid 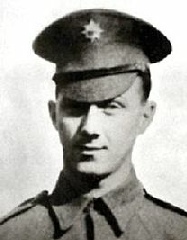