He served the colours for 23 years

At the siege of Delhi, between June and September 1857, he carried out various actions of extreme danger. In particular, during the six days of street fighting following the final assault 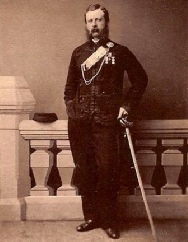 Thank you to Lorna and Nick Martin for photos in Sydney