Captured on the retreat to Dunkirk, he and a few men escaped, trying to get home they found a rowing boat along the coast and rowed to Dunkirk, then caught one of the last boats to leave the beach 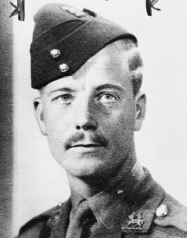