After serving in the 2nd Boer War,he emigrated to Canada in 1902, were he continued working for Standard Life Assurance Company. Which he retired from in 1945, giving 50 years service 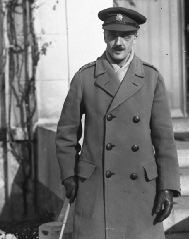