VC Presented   16 December 1918 by the Governor-General of Canada, Duke of Devonshire at Rimouski, Quebec, Canada to his mother

The first French Canadian to win the Victoria Cross. 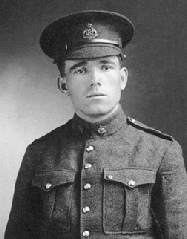